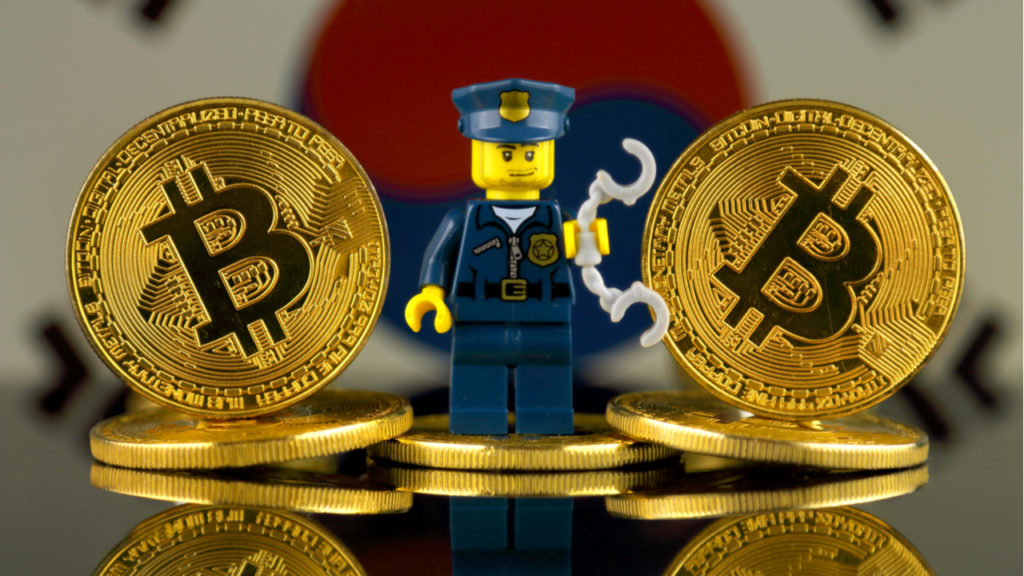 Although bitcoin prices fell over the weekend, the overall bull market remains in place, as does the crypto scam in South Korea. Recent data from the national financial regulator shows that the number of such incidents continues to rise.

According to Asia Kyungjae, the Financial Supervisory Service (FSS) revealed that reports of cryptocurrency fraud are increasing by more than 41.6 percent annually.

FSS statistics for January-October 2020 show a 41.6% increase in 555 suspicious transactions.

Following a significant increase in cases, police have promised to step up their efforts to crack down on cryptocurrency scammers across the country. The authorities have even set up a special investigation unit within the financial crimes department of the provincial offices.

The agencies involved in the investigation of cryptocurrency fraud are the Financial Services Commission, the Financial Supervisory Authority, the Government Affairs Coordination Office, the Ministry of Justice, the Public Prosecution Service and the National Police Agency.

In addition, Yonhap reported another case of fraud in South Korea involving cryptocurrency scams by millionaires. The court called Lee a crook when he was sentenced to six years in prison. He was convicted of setting up a scheme to defraud about 1,300 people in just seven months.

Prosecutors say he stole about $16 million in crypto money from victims. Judge Cho Sangmin revealed the details of the case:

The defendant led the victims to believe that they could make a large profit in a short period of time and sold a virtual currency issued by an elusive Chinese company.

Lee set up his fraudulent scheme between October 2018 and May 2019, luring investors by saying: If you buy a cryptocurrency sold by a Chinese parent company, you can make a big profit.

However, the scammer became even more suspicious when he claimed that the Chinese company he is promoting is a solid company with a history of 30 years and 500 trillion won and plans to enter the electric car industry with an investment of 4 trillion won.

In addition, the court sentenced two of Lee’s accomplices to 18 months and eight months in prison for their involvement in the crypto-fraud ring.

What do you think about the increase in reported cases of crypto fraud in South Korea? Let us know your comments in the section below.

DEXs are a hot topic in the world of cryptocurrency, and this is not only because they offer users an opportunity to trade directly...
Read more
Previous articleWhat You Could Spend, Where You Could Invest, and How You Could Borrow? – Sponsored Bitcoin News
Next article27 Best Crypto Hardware Wallets For Bitcoin And Altcoins In 2021 [Safest And Trusted]

Synctera (NASDAQ: SNTR) is a provider of software-based access and security solutions to companies who want to accelerate their digital transformation and build new...
Read more

Hey there! Before reading the article which is about The NFL Gets a Taste of Crypto as Grayscale Partners With the New York Giants...
Read more

For each part of the movie industry, we have to do more: write our scripts, act in plays, become directors, actors, models, photographers, and...
Read more

Civic Price Prediction – How Much Will CVC Be Worth in 2021?

Civic has been a controversial coin since its inception, as the project has been plagued by issues that have been dubbed as security issues,...
Read more

The Indonesian cryptocurrency exchange BitCoin.co.id has announced that it has raised $6 million through a funding round led by Coinbase.  The exchange plans to...
Read more

iExec RLC is a blockchain-based decentralized cloud computing platform that lets users rent out their computer’s processing power to earn cryptocurrency. The company has...
Read more

China has a history of hosting many cryptocurrency exchanges. But due to a new set of rules that goes into effect this week, major...
Read more

The cryptocurrency market has been experiencing an unprecedented bull run, with prices skyrocketing almost daily. This week, it appears the market is poised to...
Read more