El Salvador is building a new city on the coast of eastern El Salvador, consisting of low-cost houses and condos. The project will be powered entirely by Bitcoin mining, making this one of only few cities that exist solely off cryptocurrency.

The “how many bitcoins are lost” is a question that has been asked for years. The answer to the question is not known, but the amount of bitcoin lost due to hard drive crashes and other events is estimated at around $1 billion. 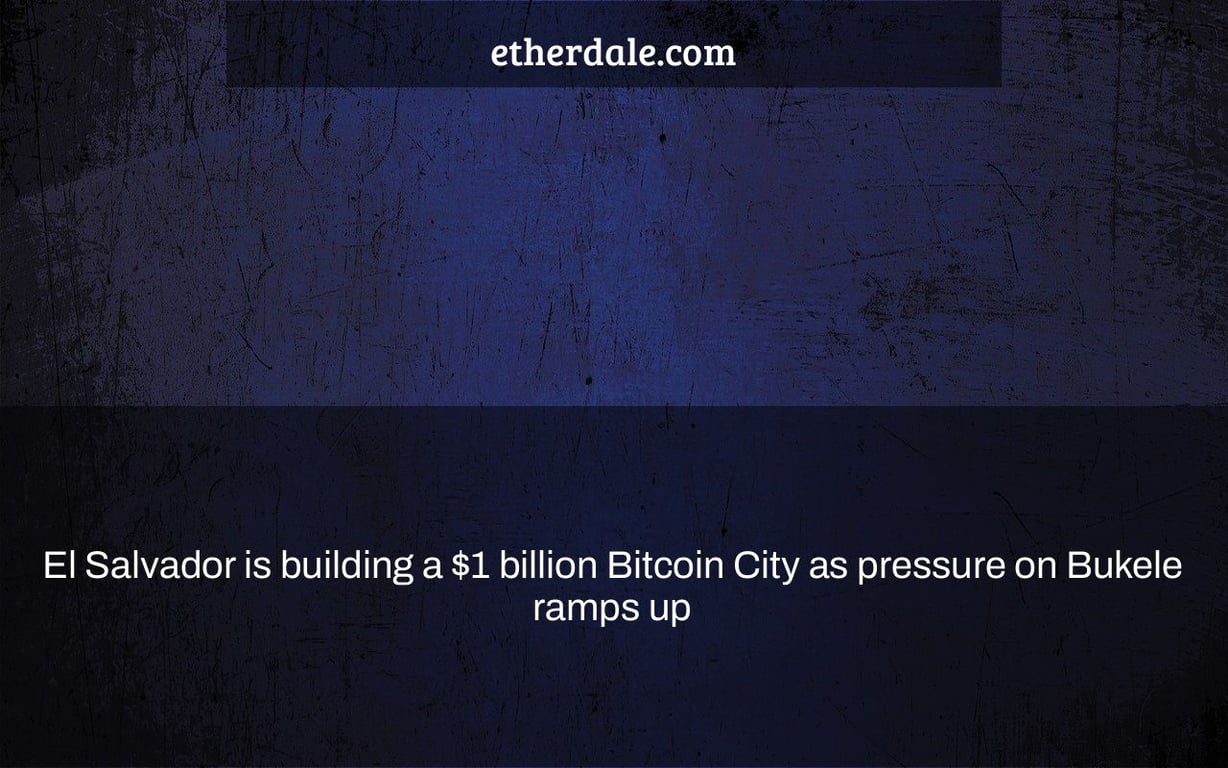 El Salvador’s President, Nayib Bukele, has stated that the government would develop a carbon-neutral Bitcoin City. The city would have no property, income, or capital gains taxes, and Blockstream will issue a $1 billion Bitcoin bond to help fund the mammoth project.

While the action was applauded in the crypto community, mounting criticism of Bukele’s policies has started to reveal the flaws in El Salvador’s public image.

Many cryptocurrency investors’ fantasies are ready to come true, as the globe saw the first-ever “Bitcoin City.” While this may seem like something plucked from the early pages of the Bitcoin Talk forum, it is in fact an initiative suggested by none other than El Salvador’s President.

To say the least, Bukele’s “Bitcoin City” is a massive undertaking. Bukele said on stage at the conference’s conclusion that the project will be funded by a $1 billion sovereign, Bitcoin-backed bond that Blockstream would issue next year.

The bonds will be US dollar-denominated 10-year bonds, with half of the cash converted to BTC and the other half utilized for infrastructure and mining, according to Blockstream’s CTO, Samson Mow.

Apart from the proposed mining operations, the coin-shaped city would be developed at the foot of the Conchagua volcano to take use of its geothermal energy to power the complete city infrastructure. This would render Bitcoin City carbon-neutral, since all of the energy it uses would come from renewable sources.

Bukele likened the city to the Alexandrias that Alexander the Great erected across his kingdom, saying it has the potential to become a worldwide financial hub as well as a beacon of positive publicity for Bitcoin.

There would be no property, income, or capital gains taxes in this global financial hub. Instead, all infrastructure and municipal expenditures would be paid by a 10% sales tax (VAT), which would be the sole cost to the state borne by its citizens.

Bukele’s declaration drew a standing ovation from the audience and was widely reported in the international media. The crypto community has reacted positively to the decision, hailing the President’s pro-Bitcoin position.

El Salvadorans, on the other hand, do not seem to have succumbed to Bukele’s charms.

Bukele, a former mayor of El Salvador’s capital, ascended to power in 2019 and was elected president at the age of 38. Bukele founded the “New Ideas” political party in response to widespread unhappiness with the administration, promising citizens a departure from “obsolete beliefs.” He received remarkable support from the people of El Salvador, despite his lack of political clout.

What many thought would be a moment of constructive transition rapidly devolved into an aggressive consolidation of power. Bukele has been systematically overhauling the government and its laws since last year, thereby eliminating any limits on the amount of authority he wields in the nation.

The president was able to develop a totalitarian control over El Salvador, according to José Miguel Vivanco, the Americas director of Human Rights Watch.

“There is no democratic structure in place, and there are no genuine checks and balances on Bukele’s authority.”

Bukele, who refers to himself as “El Salvador’s CEO,” has fired at least a dozen judges and prosecutors over the age of 60 this year alone, as well as replacing all five magistrates on the country’s Constitutional Court. A few months later, the same court declared that presidents may run for re-election for a second straight term, allowing Bukele to run again in 2024.

The country’s Legislative Assembly is debating whether to enact a measure requiring all foreign-funded organizations and individuals to register with the Interior Ministry. The bill was likened to a similar measure approved in Russia, which is used by Putin to crush opposition parties and independent media.

“Things are going very swiftly in the path that those who have studied democratic backsliding are extremely acquainted with,” said Javier Corrales, a political science professor at Amherst College and a Latin America specialist. “He has been able to check off so many of the boxes that it is now difficult to halt or control this progress.”

We’re not sure how such a law would fit in with Bukele’s Bitcoin City, which is poised to become a global financial center for firms and people. When it comes to reporting on Bitcoin and its usage as legal cash in the nation, a crackdown on foreign and opposition media might be particularly troublesome.

Gain a competitive advantage in the cryptoasset market.

As a premium Edge member, you’ll get additional crypto insights and context in every story.

Analyses of the whole chain

For just $19 a month, you can become a member right now. Examine all of the advantages.

Like what you’ve seen so far? Stay up to date by subscribing.