Tesla may have made more money holding Bitcoin than selling cars 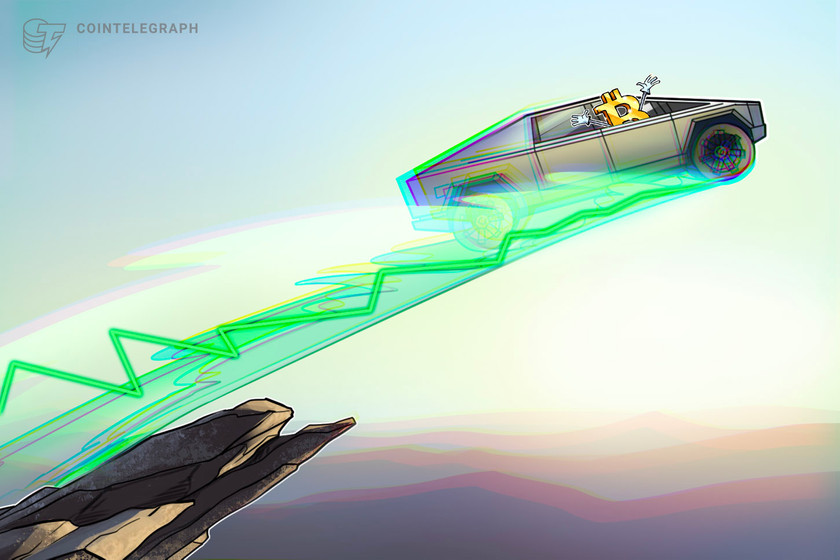 It has been 37 days since Tesla announced the purchase of Bitcoin (BTC) for $1.5 billion in a filing with the U.S. Securities and Exchange Commission.

The exact amount of BTC purchased was not specified in the document, but with bitcoin trading between $29,000 and $37,000 in January, Tesla’s $1.5 billion release could mean the company owns at least 40,000 BTC.

Based on these speculative figures and the rise in bitcoin prices since late January, Tesla’s minimum of 40,000 BTC is now worth $2.2 billion. This amount represents $700 million in unrealized gains.

Tesla, for example, made nearly $19 million in unrealized gains per day in the 37 days following the bitcoin announcement.

The electric car maker generated $31.54 billion in revenue from the sale of 499,550 vehicles in 2020 and posted a profit of $721 million. Tesla’s ownership of bitcoins nearly dwarfs this profit margin, especially considering the above analysis only takes into account the presumed minimum bitcoins the company owns.

Based on average car sales throughout the year, Tesla sold about 1,368 cars per day with a daily profit of $1.98 million.

As previously reported, Tesla made $19 million per day in unrealized profits by holding bitcoin. To achieve this performance in practice, the company would need to increase its daily car sales by more than 860%, with all other factors unchanged from 2020.

Some believe Bitcoin has a one-year bull market, and others predict a six-figure price for BTC, but Tesla’s unrealized gains from owning the assets could outpace car production by orders of magnitude.

The largest cryptocurrency by market capitalization has risen nearly 90 percent in the past year, increasing more than tenfold.